6 Types of Renewable Energy Sources You Must Know 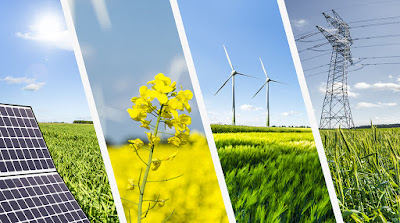 Renewable energy sources…This is a term that we find all around us today. It is harped on by politicians and by news agencies worldwide. This term is the subject of much debate, and of ever increasing passions.

Today more than ever, the world is realizing the need for implementing renewable energy sources as a way to mitigate against a coming global disaster, namely the global climate change occasioned by an excessive use of carbon based energy sources which are contributing to the incredible amount of greenhouse gases within our atmosphere.

For that reason we should try to use less fuel, by saying that I mean use of bicycle instead of Cars. Start using Public transport - one of the easiest way to cut down some of carbon footprint from this planet.

But what exactly are renewable energy sources.

Renewable energy sources – definition – the sources of energy which are either infinite in nature, or, more commonly, are able to replenish themselves quite easily. They are the types of work producing motion that the human race has at its disposal, that could theoretically be completely used up, and the next day, we would have it at our disposal again, to state it somewhat moronically. The basic idea is that they tend to be self sustaining.

This is very much different than the current types of fossil fuels that most of society today has come to rely on. We have for the past century or more, based our entire economies on a source of energy that fundamentally is limited in nature. Now it is true that fossil fuels will replace themselves in a few million years, but we don’t have the time to wait for that to occur.

Of course, there is also the annoying little fact that fossil fuels themselves are destroying the planet on which we live. So even if they did replenish themselves immediately, it would be very short sighted of us to continue using them.

But rather than focusing on the sources of energy that will kill us, let’s look at the renewable energy sources that could, if we act fast enough, save us and propel us into a new age on planet earth. 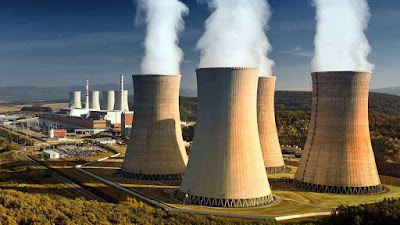 Now I included nuclear energy here for the simple fact that some people, sometimes, consider it to be one of the renewable energy sources. Now why would that be. The only answer I have for that is the fact that nuclear energy is quite plentiful. In fact, there is so much energy to be had from the splitting of atoms, and atoms are so plentiful, that it is doubtful that we would ever run out of energy from this source.

Unfortunately, there is a drawback to this kind of energy. Nuclear radiation. It can do some serious damage to the human body, as well as to other animal bodies. It creates the mutations of which nightmares are made.

And if you couple this horrendous side effect with the mass spread of nuclear material, as in a meltdown, you can easily see the dangers inherent in this energy source, and you can see that the dangers are in direct contradiction with the goal of creating sustainable, clean, bio-environmentally friendly, renewable energy sources.

Hydro-electric energy is another one of the renewable energy sources that at first glance seems as if it would solve all of our energy problems. It is energy that is harnessed through the regulation of rivers and streams, pulling the massive energy, from water as it flows downhill under the force of gravity, out and converts it into a usable form.

As the water flows down hill it is used to turn turbines. As the turbines turn, electricity is generated. This form of energy will continue to exist as long as the sun exists to evaporate water and weather systems continue to deposit water in the form of rain.

However, hydro-electric energy also has a few nasty side-effects. The most important of which, is that upon initial creation of a hydro-electric dam, the indigenous residents are forced to relocate. Humans have to move and find other places of dwelling, usually with no assistance from the companies that build the dam or from government entities, and local species are wiped out as the area is flooded, which creates complete havoc for the ecosystem.

Wind Energy is quite an amazing source of energy. It is clean, it doesn’t create problems for the ecosystem if implemented correctly and, did I mention, it is amazing.

Wind turbines have been popping up everywhere there is wind because of the overall usefulness and appeal that their sustainability has created. But there is one major drawback — wind turbines don’t produce energy when the wind doesn’t blow. Some people also believe that wind turbines are aesthetically displeasing and don’t like them in their areas.

However, I personally believe that wind turbines make for a beautiful addition to the landscape as a testament to our resolve to create a sustainable planet with a future for our children. As one of the major renewable energy sources, wind energy has become a very key player.

Geothermal Energy is the harvesting of the heat produced by the earth’s core. This energy will continue to be useful up until the time that the earth’s core freezes over. Hmm… that seems very similar to another saying about another fiery inferno getting very cold. But I digress…

One of the great things about geothermal energy as one of the renewable energy sources, is that when we find areas to tap into it, it is a constant source of energy. It doesn’t go cold at night.

Simply put, this is the type of energy that comes from using biological forms. It includes an entire array of renewable energy sources. This is dung, corn, wood, old sneakers. Basically any form of organic material that can yield energy. Not only can you just burn the biological products, but another form of this is collecting gasses from decomposing organic material, and using that as a fuel source. This is one of the renewable energy sources because life reproduces. 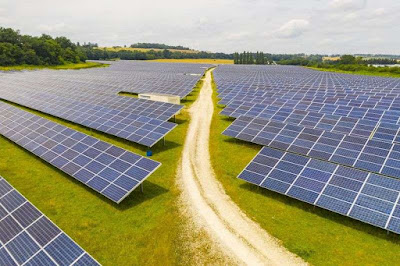 This is another source of energy that is considered renewable because of the large amount of it that exists. We really don’t have to worry about running out of sun energy for the next few billion years.

You get air rushing in to fill the vacuum caused by hot air rising, geothermal because the core of the earth was originally part of the material of the sun, it has just continued being molten due to the incredible amount of energy it gained. When it was first formed as it rotated around the sun, and biomass energy because every life form on planet earth originally gained its energy through the chemical processes by lower lifeforms that convert sun into energy.

But quite possibly the most important aspect of solar energy is the fact that we have discovered a process which directly converts the photons from the sun, into electricity. The photovoltaic effect makes for an energy production system that eliminates all the intermediate energy transfers that create inefficiencies.

Every transfer of energy results in some of that energy being lost to friction or heat, or to some other unusable form. As the photovoltaic cell is developed more and more, and as more wavelengths of sunlight are able to be utilized, the efficiency of solar power is going to increase dramatically.

But solar power does have one major drawback. When the sun doesn’t shine, we don’t get no power.

Fortunately, if we use several of these renewable energy sources in conjunction with one another, we can easily create a sustainable future for ourselves and for future generations. But we have to act now.

Chris N Jones is a certified RV technician and he loves to be around nature. He also supports and appreciate the green movements all around the world.

Next Article: Why use a Barbeque Meat Thermometer