How Does Solar Energy Work – A Basic Guide 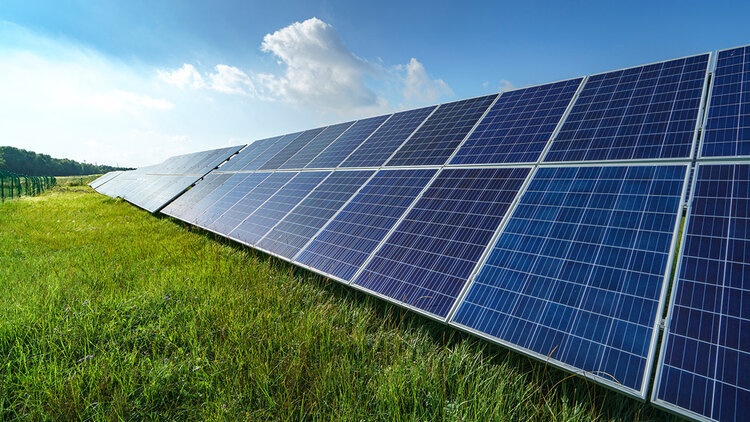 How does solar energy work?

It’s a question that’s being asked increasingly often now that solar energy is becoming much more practical, marketable and affordable.

It’s not uncommon for you to see advertisements for home installations and comparison charts between competing solar energy companies. What goes on behind all those pricey panels, and is it really the next big thing like everyone says it’ll be?

If you’ve ever seen a calculator that doesn’t need a battery to run – the ones with a black strip near the top front – then you’ve seen a solar cell.

Photovoltaic or solar cells are specially designed modules of treated silicon that can generate an electric current when hit by light. In a nutshell, electrons in the cell’s silicon lattice can be struck loose by the energy of the sun, and their movement creates a current in the cell.

With enough cells in place, this generated energy can add up to a significant amount – enough to power a home or building in some cases. Large enough arrays of solar cells can create enough to replace traditional electricity in some cases, meaning lower power bills. The savings is one of the biggest solar energy advantages that make it so attractive.

Solar cells aren’t all that new; they’ve actually been in use for many years now. It’s just that, up to about a few years ago, they were limited to the aerospace industry because it was only folks like NASA that could afford them.

Nowadays, though, they’ve figured out ways to produce the cells themselves for less, meaning more solar energy for everyone.

It’s understandable if you were to have doubts about solar energy at first. After all, it’s a technology that has only hit the mass market in the past few years. As far as consumers are concerned, it’s still fairly new – and relatively costly technology.

Cost-wise, for example, it’s still not as cheap as people would like it to be. Installation of solar cells (and the solar cells themselves) tend to require a fairly big amount of cash out of your own pocket. Once you factor in the savings, though, it’s a whole other story.

How does solar energy work on cloudy days?

It’s an apprehension that many have, and is easily remedied. Almost all solar energy home setups can direct the generated electricity to a battery that stores the power. This stored energy from the sun can then be used at a later time, meaning you can use solar energy even on a dark night in the dead of winter.

If it’s all about what you stand to gain from solar energy, advantages of the technology come in spades. Besides just the money you stand to save, there’s also the planet and the environment that you’re helping to save in the process.